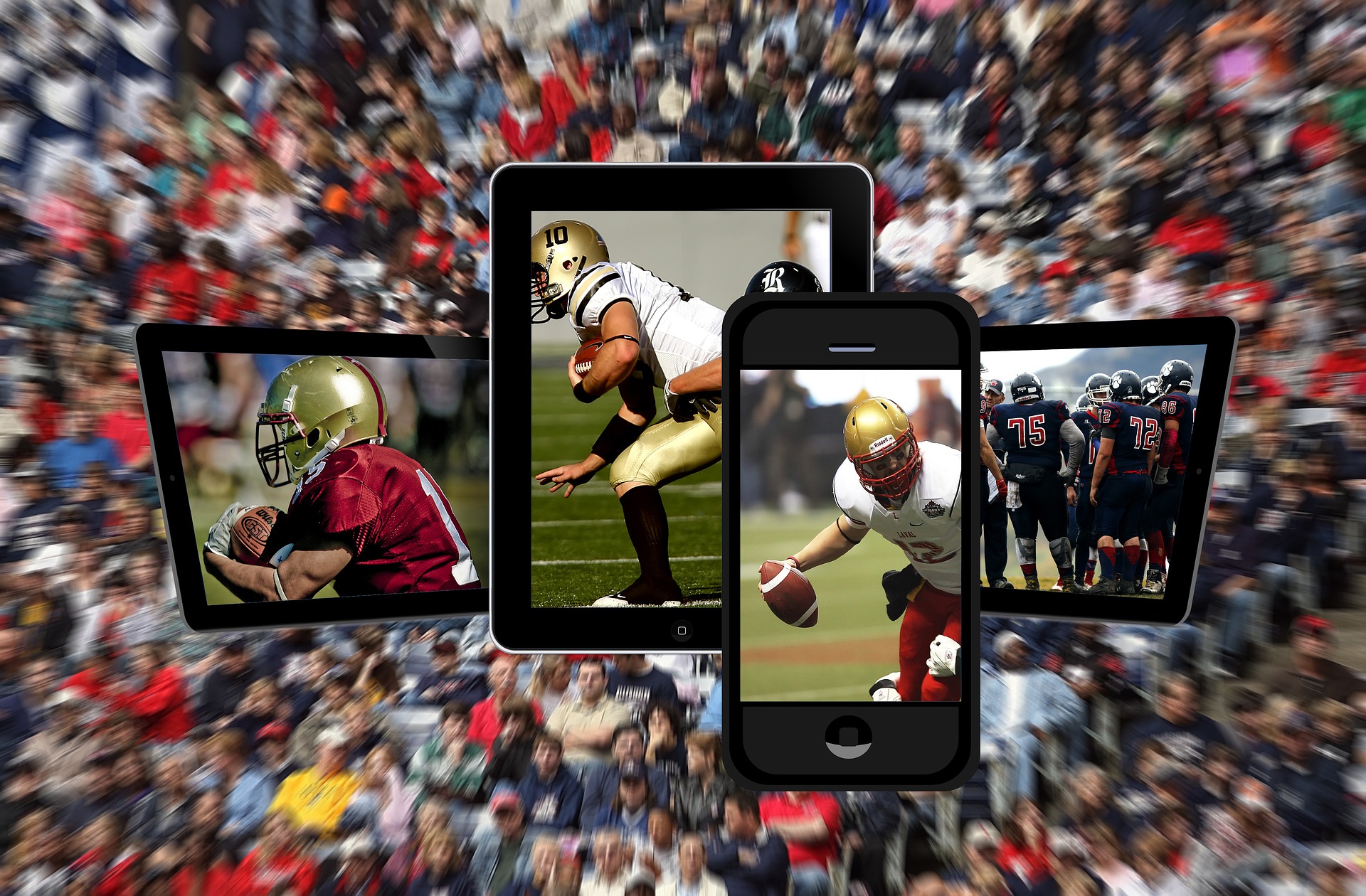 Each year, our own Hank Greene writes and publishes game day previews and recaps for tons of games throughout the country - complete with stats, narratives, implications, and predictions all season long.

And as you can imagine, that involves research (lots and lots of research), as well as staying up to date on the latest news from a myriad of sources and beat writers from around the college football media landscape.

So as the summer kicks off, and football fans start to turn their attention back to the rumors and news for their teams - we asked Hank to share a list of his favorite blogs and outlets to help you stay “in the know” all summer long…

I’m knee-deep in research getting myself ready for the 2019 college football season. And oh boy, are there some interesting questions heading into this season…

Can anyone pose a realistic challenge to Clemson or ‘Bama? Will Urban Meyer’s departure from Ohio State leave a championship void open in the B1G? And if so, who fills it? Can Longhorns fans - after long, Twitter-based sarcastic ridicule - finally say the words we’ve longed to hear: “Texas back”?

And if you’re a fan like me - spending your beautiful summertimes pondering these gridiron conundrums - then you need as many places to get your content as possible.

Here are a few of my favorites…

Most of the time when I begin doing my research for a given game, I like to start out by trying to get a kind of “general sense” of the match-up by looking at recent history, up-to-date raw stats, injury reports, etc. - and for that, there’s no better spot than Sports Reference’s college football section.

With team breakdowns, player profiles, and statistics going all the way back to the 1920s (if you’ve ever needed win a disagreement about the 1924 Notre Dame Fighting Irish, for example), this is your first stop on the way to becoming a walking college football encyclopedia.

Like Sports Reference, SportSource Analytics’ “CFB Stats” has a robust group of statistical profiles - but focuses much more on up-to-date conference and national leaders. They also have “split stats” and situational statistics to get even more granular about how teams and players performed in a given circumstance throughout the game.

I generally start to look at CFB Stats at the beginning of the year when I need to see a large, overarching look at how individual players fared the previous season, then again in late November leading into conference championship/bowl season when I want to find out where various players ranked individually in relationship to the rest of the country.

For those who want to go beyond just the raw statistics and really dive deep into the advanced analytics, start your rabbit-holing on BCF Toys.

There aren’t many bells and whistles here - you’ll simply get a definition of each individual category up top, then the analytics below with rankings right next to them. From there, you’ll be able to see where every team landed in terms of their opponent-adjusted possession efficiency, scoring success, strength of schedule, and much (much) more.

This is one of those sites where you can get lost in the numbers a bit (and, from personal experience, it’s not best to summarize these findings at cocktail parties for the casual fan) - but it’s nevertheless a treasure trove of information for those obsessive data-heads out there.

While one could critique me with a simple “Well, duh” for picking one of the country’s largest sports outlets for this list - such flippancy would overlook the fact that The Sporting News, led by columnist Bill Bender, is currently doing some of the best college football writing on the Internet. Endstop.

Come for Bender’s yearly previews and breakdowns for every team across the country, but stay for the regular columns highlighting some of the hottest topics, debates, and trends from across the country - as he and a staff of fantastic Sporting news writers keep you in the loop all summer long.

Every Day Should Be Saturday

If a slightly more light-hearted tone is your fancy, then SB Nation’s Every Day Should Be Saturday is the choice for you.

Irreverent, hysterical, and often highlighting some of the country’s more under-discussed topics (while lampooning the hottest topics of the moment), Every Day Should Be Saturday should absolutely be on your Monday morning circuit of content consumption.

Do I have a favorite article, you ask? Their recent “SEC Heat Rankings” is a perfect primer for what to expect from their regular content (it’s also absolutely hilarious).

While 247Sports gives you plenty of news from across the college football (and basketball) landscape, its bread and butter is recruiting.

If you’re looking for the most up-to-date information on who you’re favorite team might be targeting, who’s committed to the country’s top programs, as well as which prospects are up-and-coming on the national stage - it’s hard to do much better than this.

Just looking for the top headlines from across the country? Then Bleacher Report is the perfect way to get caught up.

The interface is ideally laid out to give you exactly what you need to know - highlighting the most important news on college football nationwide, while also allowing you to specify by team to customize the news aggregation to only include your favorite squad.

It runs through notable Tweets, news stories, and interesting stats, giving you everything you need to know about the goings on across the country in just minutes.

(Pssst. Listen, I do my best to read the best sports writing across the country, but if you want your favorite team blog or writer featured here - let me know! Email me at hank@rentlikeachampion.com and tell me who I’m missing. Okay, back to the list…)

This may seem entirely like a cop-out, but I just can’t help it; the SB Nation family of blogs is your absolute best source for in-depth, team-specific content.

Not only are they also the umbrella company for Football Study Hall and Every Day Should Be Saturday already mentioned on this list, but with dedicated blogs for nearly every major college football program, as well as conference-focused sites like the B1G’s Off Tackle Empire, the SEC’s Team Speed Kills, and the Pac-12’s Pacific Takes, SB Nation is your one-stop shop for all things college football.

Rent Like A Champion started in South Bend, Indiana - so you know we have to highlight one of our favorite Notre Dame blogs to kick things off.

Part of the 247Sports family of blogs, Irish Illustrated include much of the recruiting news and updates you’ll find elsewhere within the site, but because they were independent prior to joining 247Sports they also have more analysis, recaps, and even their own podcast that you can follow along with throughout the summer.

Similar to SB Nation, FanSided provides team pages for almost every college football team across the country - and if you're a Penn State fan, then FanSided's Victory Bell Rings is the perfect place to go. With in-depth Nittany Lions content all year around - along with fantastic game previews, recaps, and insider news throughout the season, this sight is your one-stop-shop for all things PSU.

Also a FanSided site Ole Hotty Toddy brings up-to-the-minute news about Ole Miss football to Rebels fans across the country year-round. But not only do they cover the gridiron, they also make sure to stay up on baseball, basketball, and plenty of other Ole Miss sports, as well as following former Ole Miss football players as they head to the NFL, as well.

Even if you’re not a Michigan Wolverines fan, MGoBlog is one of the best blogs anywhere in the country at breaking down game film, showing schemes, and getting you primed and ready for game day.

With some of the irreverence of Every Day Should Be Saturday mixed in with the commitment to statistical analysis of BCF Toys and Football Study Hall - MGoBlog isn’t just for Michigan fans - it’s for anyone looking for a better understanding of the ins and outs of the college game.

Auburn and Alabama are two of college football’s proudest (and best) programs - and AL.com has you covered with news on both.

From game previews, recaps, and news - along with weekly columns getting you up to speed with the biggest challenges and debates facing both the Tide and the Tigers, fans on either side of the Iron Bowl will find what they’re looking.

From one group of college football powerhouses to another, Clemson Sports Talk is a comprehensive look at one of college football's premier program. You can also catch their podcast, featuring host Lawton Swann breaking down the latest goings on for Dabo Swinney's squad.

Rounding out our list is one of the SEC’s best blogs week in, and week out, Saturday Down South. With robust coverage of every team in the conference - from recruiting to scores and stats to the latest narratives driving the conversation - no matter where your allegiances fall. Saturday Down South is the best place to get caught up on all things SEC throughout the season.

Similar to Saturday Down South, Southern Pigskin features news from around the ACC to keep you up to speed all season long. It also includes news on football conferences south of the Mason/Dixon line - so if you're looking to get SEC or Sun Belt news, you've come to the right place.

Of course, the very best way to stay up to date all season long is by subscribing to the Rent Like A Champion Game Day Newsletter - where you’ll find team updates, top match-ups, game previews, and recaps from the best action across the country.