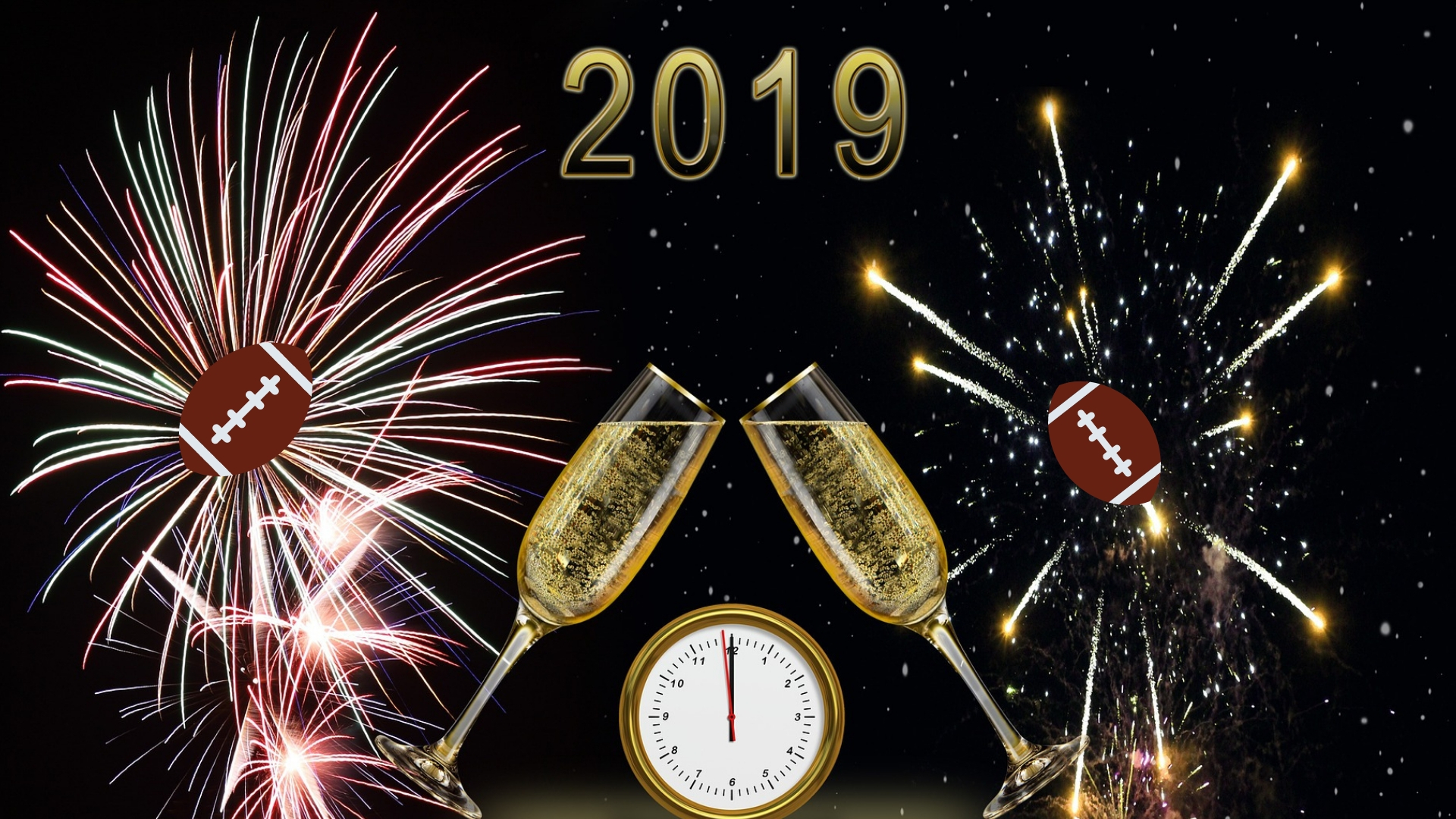 Last season at Rent Like A Champion, we hosted over 15,000 renters nationwide across tons of college football destinations across the country. And as the 2019 season approaches... fans are already flocking to book their homes for our BIGGEST games.

So, which games should you already be booking for?

You could do a very un-academic history of the Syracuse Orange's recent rise from ACC bottom-dweller to contending for a division championship and it would lead back to one game: their upset win against Clemson at the Carrier Dome back in 2017.

Sure, following that game they got absolutely waxed for the remainder of the season and finished with 5 straight losses - but that was more than a little to do with the fact that QB Eric Dungey went down with a season-ending injury against Florida State in week 9.

With Dungey back for his senior year, Cuse finished the regular season 9-3 (including a narrow, four point loss against Clemson back in September) and all signs point to a program on the up and up.

So when the Tigers come to town next year, it will be Syracuse's chance to cement their claim as one of the ACC's new powerhouse programs - even without Dungey - while Clemson and star QB Trevor Lawrence once again march towards to the College Football Playoff... and get some revenge for the Orange's upset there just a few years ago.

Welcome back to the national spotlight, Notre Dame and Michigan.

These two teams played an opening week game to remember in 2018, reviving one of the oldest rivalries in the sport between two of the most winningest programs in the sport's history.

Notre Dame would go on to the College Football Playoff, while Michigan would narrowly miss their chance at a CFP birth following a loss to the Buckeyes in Columbus.

But looking towards 2019, they'll be mirror images of each other - improved offenses with plenty of returning talent, staunch defenses that will need to replace talent, and high expectations from fanbases that expect nothing short of excellence from their team.

It's a story that they'll share together once again for one night only... and you can bet it's going to get good.

Speaking of Michigan rivals, this game with Penn State has been turning up the animosity between these programs over the past few years - with the two trading lopsided home wins in each of the last two seasons.

In 2017, Penn State erupted for 506 yards offensively against Don Brown's Wolverines defense - long considered one of the best units in the country - and in 2018, there was a bit of a personal axe to grind for the Michigan players when they blew out the Nittany Lions.

Now, in 2019, they'll return to Happy Valley, both with a shot at a B1G East title in a year that could come to define the ultimate fates of their two coaches - James Franklin at Penn State, and Jim Harbaugh at Michigan.

Expect this one to be one of the hardest hitting B1G games we see all year.

Georgia and Florida are both in the midst of once again finding their place amongst the college football elite - with Georgia working steadily to the top of the SEC East for the past few seasons under Kirby Smart, and Florida exploding for a surprising nine wins in just their first season under Dan Mullen.

But even as the two went back and forth as to who happened to be nationally relevant in any given year (this past year marked the first time since 2012 that each team was nationally ranked when they met), this rivalry game is as heated as ever.

For the first time in recent memory, both Florida and Georgia are expected to enter this game with expectations of not just an SEC East title, but perhaps an upset of Nick Saban's Crimson Tide, a CFP birth, and more.

And when two rivals are standing in each other's way, you can bet on some fireworks.

Before we get to number one, here are a few honorable mentions...

So much is still up in the air in this rivalry game now that Urban Meyer is gone... along with the fact that it was the only game from this season in which Michigan failed to be at all competitive.

And with the Wolverines losing tons of their playmakers on the defensive side of the football, as well as star RB Karan Higdon, it's unclear where this game will stand when 2019 begins to wrap up at the end of November.

But come on now. It's "The Game" in The Big House. Both teams will have tons of talent returning and figure to be among the best in the B1G, and it would hardly be shocking to see similar circumstances next year, wherein this game serves as a de facto "B1G East Championship Game."

These two rivals have simply gone on completely different trajectories this season, but Auburn has historically been much better against the Tide at home.

And it's worth remembering that they beat a seemingly unbeatable Alabama team at Jordan-Hare just two years ago en route to an SEC West title - so it's not as if Gus Malzahn's squad is wandering the dessert.

Heck, even with their 2018 struggles they still ended up ranked 18th in the S&P+ by season's end.

Add to that the fact that Auburn will have tons of returning talent - all of which should surely help them improve a head-scratchingly bad offense and make one of the country's best defenses even better, and there's plenty of reason to stay excited about the Iron Bowl.

In 2018, Northwestern took a step forward as a program and didn't just win the B1G West - they very easily could have finished the regular season 10-2 had it not been for close losses to juggernauts like Notre Dame and Michigan.

They'll get a fresh start offensively with Clayton Thorson moving on and rising sophomore Isaiah Bowser looking to build on an outstanding freshman campaign. Plus, they'll return tons of playmakers from one of the B1G's best defenses, making 2019 a potentially huge year in Evanston.

That also makes their season-opening trip to Palo Alto an important chance for an early statement victory, against a team with a budding star QB in KJ Costello and a young core of their own on defense.

It's two teams with something to prove... and it could be one of the best early season match-ups we'll see.

We talked already about the breakout season that Florida had in 2018... but if you're looking to predict another team who could follow suit next season, look no further than the Miami Hurricanes.

Yes, they'll be losing plenty of talent to eligibility and potentially the NFL draft, and yes, Miami will have first year head coach Manny Diaz at the helm.

But this is still a team with plenty of young talent and a favorable ACC schedule coming next season, so their early season date with the Gators could be a major moment to make some noise on the national landscape.

And, of course, for the Gators, it's a chance to continue the momentum Mullen started in 2019... so there's plenty at stake for both of these Sunshine State programs.

When these two met in South Bend way back in September 2017, neither team seemed to be on the national radar.

Notre Dame was a strong running team whose defense was its primary liability just a year prior, while Georgia had just watched its star QB go down in the first week of the season - sending an untested true freshman named Jake Fromm for his first college game in one of the nation's most intimidating atmospheres.

The two teams would go toe to toe right up until the end, playing one of the most exciting games of the year... and launching each on a path back to the top of the college football mountaintop.

Since then, each has played in a College Football Playoff, Notre Dame's defense has emerged as one of the best units in the country, and Jake Fromm has gone full zero-to-hero on us.

They'll meet again in Athens next September to do battle between the hedges, and if 2017's game is any indication, it could very well end up being the best regular season game we see all year.

Ready to secure your 2019 game day trip? Rent Like A Champion has vacation rentals for college football games across the country, so don't wait! Click below to find your perfect home now...

2020 Masters home rentals now available with Rent Like A Champion
Which Notre Dame games should you be booking your trips for NOW?