Michigan vs. Iowa: Preview, keys to the game, predictions 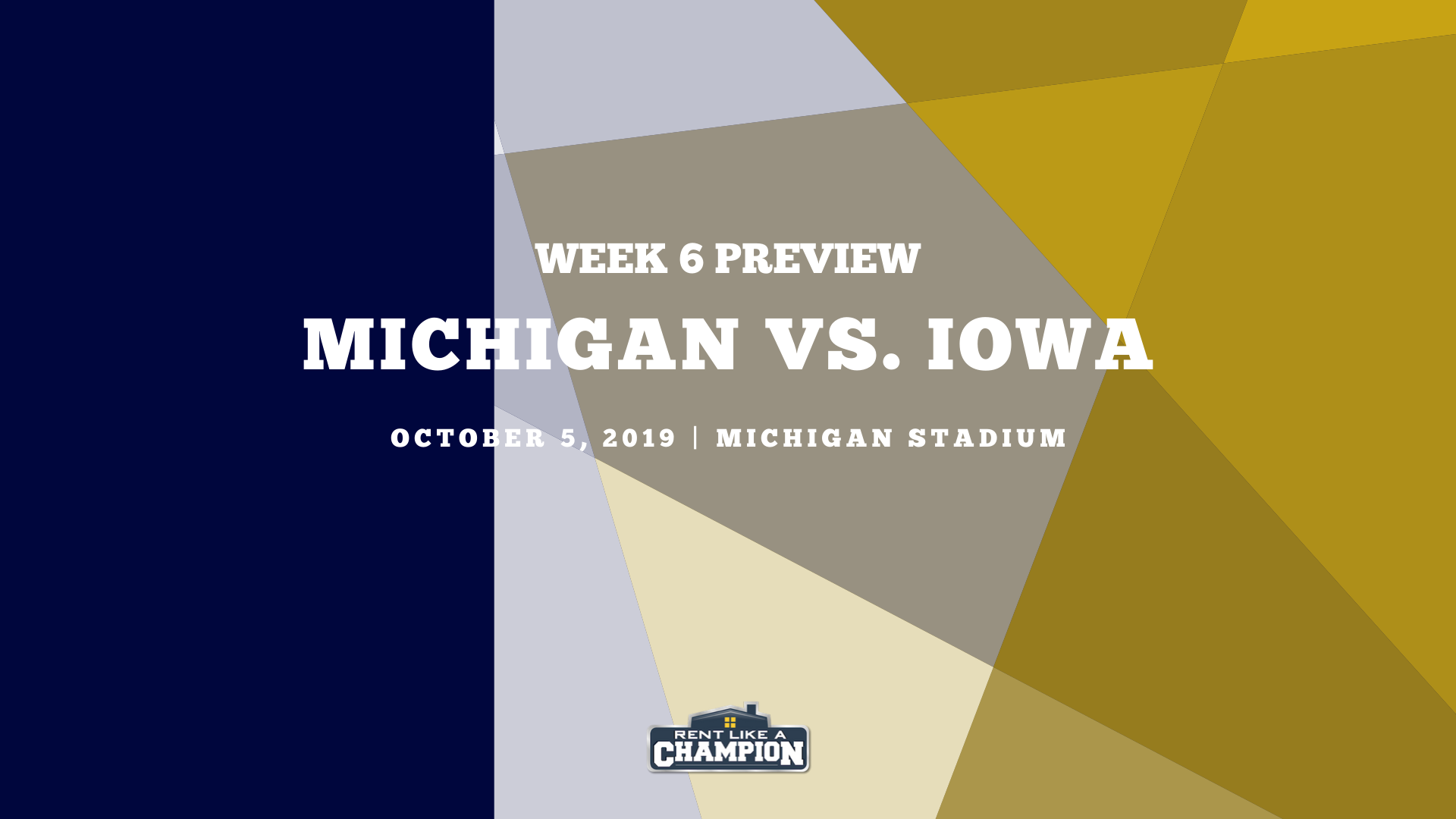 As just about everyone has been talking about this week, it’s hard to know what, precisely, to take away from Michigan’s 52-0 victory over Rutgers.

On the one hand, it was a game that Michigan desperately needed following their loss in Madison. On other, though… Rutgers’ struggles are well-documented, hence the firing of head coach Chris Ash this past Sunday.

So, was it a momentum building bounceback win, or easy pickings against a program on the brink of completely hitting the reset button?

Luckily, we certainly won’t have to wait long for an answer, as an incredibly impressive Iowa Hawkeyes team visits Ann Arbor this weekend, giving Michigan yet another chance to get a big win against one of the B1G’s best.

Let’s see if they can get it done…

ABOUT THE IOWA HAWKEYES

For fans of the B1G, there are a few certainties: death, taxes, and 8+ annual wins for Iowa under head coach Kirk Ferentz.

Their midwestern charm won’t let the impressiveness of Iowa’s stability during Ferentz’s two-decade reign overstate itself, but when it’s all said and done, the Hawkeyes will have had one of the most successful college football coaches in the history of the game. He has won 60.7% of his games roaming the sidelines for Iowa - and his 20 years represent the longest tenure by any current head coach across the country.

But it’s not just about the history for Ferentz and the Hawkeyes - it’s also about the present, as this year’s iteration taking the field at Kinnick Stadium is a balanced, fantastically talented football team that will present a challenge to even the best teams in the B1G this season.

For the Hawkeyes, success begins with senior QB Nate Stanley, who has grown into one of the country’s most efficient and effective passers in 2019. He’s throwing at a 64.4% completion rate, and has amassed 964 yards through the air to go with eight touchdowns. And while those numbers certainly won’t drop your jaw - it’s made all the more impressive by the fact that he’s thrown no interceptions yet this season. That trend has been mimicked by the rest of this Iowa offense, who turned the ball over just once in week 1 against Miami (OH), and are 13th in total turnover margin.

One name that’s been vital for Stanley’s success has been junior receiver Ihmir Smith-Marsette. Smith-Marsette has nearly eclipsed all of his 2018 stats already this season, and leads all Hawkeyes receivers in yards (254), catches (15), and touchdown receptions (three). He’s been vital with the loss of WR Nick Easley, along with TEs Noah Fant and TJ Hockenson heading into this season.

But what’s also helped Stanley is a consistent rushing attack that, once again, has the Hawkeyes near the top of the country in rushing offense. It lacks star power to be sure (no Iowa RB ranks higher than 81st in yards per game), but they’re averaging 5.2 yards per carry as a team, and the three-headed rushing monster that is Mekhi Sargent, Tyler Goodson, and Toren Young have helped Iowa average 217.5 yards per game - good for 29th in the country.

It’s an impressive feat thus far, however it’s worth noting they’ve only really had one quality opponent in Iowa State, so even with Michigan’s offensive struggles, the Wolverines will be by far the best unit this defense has faced all year.

One thing we knew going into this season was just how good this defensive line is, led by All-American AJ Epensa, who’s playing opposite Chauncey Golsten. Golsten, however, has had an odd start to the year, as teams have opted to put two to three blockers on Epensa and forced Golsten to be the one delivering the pressure. He’s struggling there, and thus Iowa ranks 113th with just five sacks so far this year.

They’re missing top CBs Matt Hankins, Julius Brents, and Riley Moss - and while it looks like safety Kaevon Merriweather will be returning, who knows if there will be rust there.

Which brings us to…

Keys to the Game for the Wolverines

This one is pretty simple: my guess is that Michigan simply won’t be able to run the ball against Iowa - that gameplan has lacked consistency and the Hawkeyes are just too good.

But they’re vulnerable in the secondary, and for how good this defense has been… they’re not particularly disruptive as a unit. Besides their sack numbers, they’re 84th in passes defended, tied for 66th in interceptions, and last in the B1G in tackles for a loss.

So as long as the Wolverines can protect Patterson, they’ll have an opportunity to take some shots to receivers who should be winning battles against a depleted secondary - and, ultimately, it will allow Michigan to put up points in a hurry.

I can’t lie to you, folks: this is gonna be a tough one.

The biggest thing about Iowa is that they don’t beat themselves, and while I would argue that Michigan certainly has more talent that the Hawkeyes - that won’t matter if Michigan doesn’t limit the mistakes that have plagued them thus far this year.

Ultimately, I expect a defensive standoff between these two teams - as that’s what we saw in Iowa’s only true competitive match-up against Iowa State this season. But late in the game, it will be Iowa’s weakness in the secondary that could leave them open to the big play… and that’s when this passing attack needs to strike.

Still planning a trip this season? Let us help!

At Rent Like A Champion, we have more than 4,000 homes across the country waiting for your group - click below to get on your way to game day now!

Three things for Michigan to take into their match-up with Iowa... and beyond... in 2019
Penn State vs. Purdue: Preview, keys to the game, and predictions